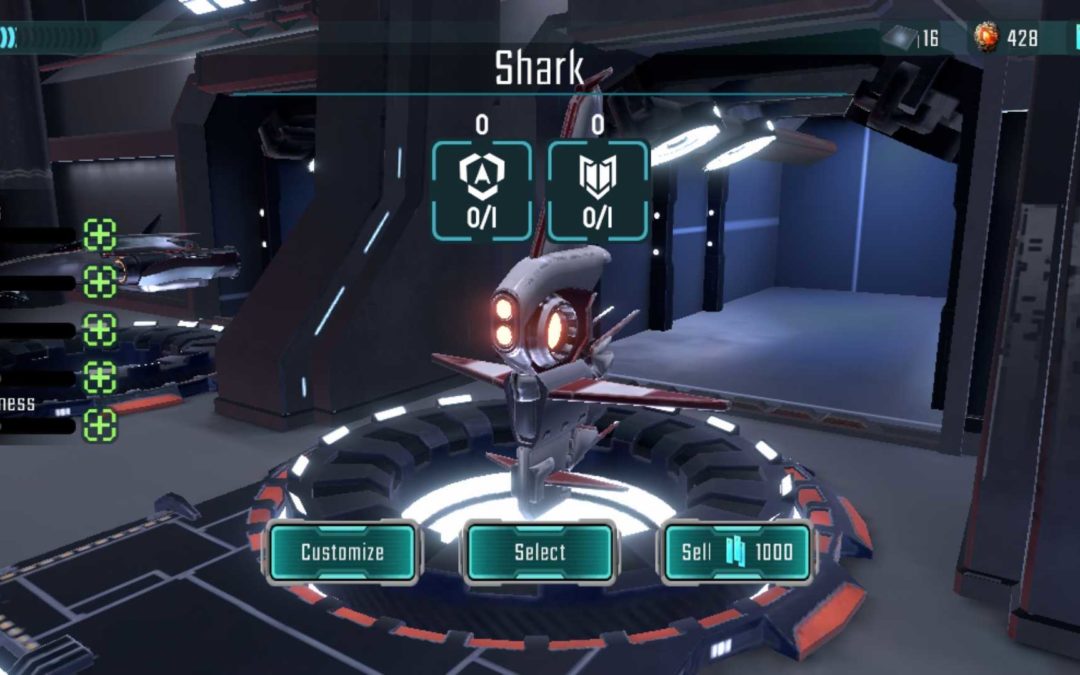 With the upcoming release of Asteroids Star Pilot just around the corner, we thought an introduction to one of the core elements (the ships!) would be in place.

Right now there’s a total of 11 ships which are split into 3 different tiers. The most advanced ships being in tier 3. We can reveal the first three ships in tier 1. These are the:

Pigeon
This light, almost drone-like vessel is one of the first ships that you will encounter in Asteroids Star Pilot. It might look light, but looks can be deceiving! This little fellow will help you plenty along the way as you advance in the game.

Shark
Another light and agile ship that, to most, does not look like it packs a punch. In the hands of the right pilot,however, you’d be surprised what the Shark brings to the table.

Piranha
This is the long lost, bulky brother to the other ships in the tier 1 line-up. This ship is clearly a choice for pilots that prefer the stockier type of ships and want to look big and sturdy in the vastness of open space.

Stay tuned for the introduction of the tier 2 ships next week!