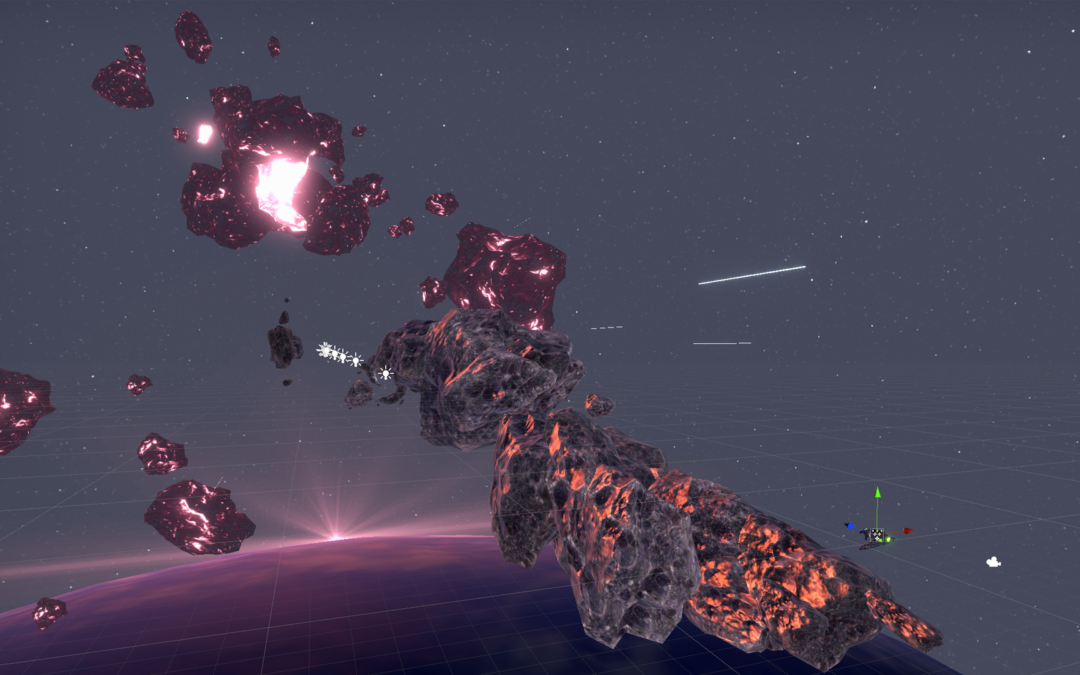 We use Unity 3D as engine of choice for our mobile games. The space setting in Asteroids Star Pilot, unlike the original Asteroids, is in 3D. We put a lot of research into celestial objects and try to imagine what they would look like as models inside of our game. Their overall shape is important but their silhouette has to be interesting as well.

“One of the biggest challenges with reimagining a classic title, such as Asteroids, is keeping as many of the original aesthetic elements as you can, while trying to bring it up-to-date with the latest technology.”

We test different colors and materials to add more flavor to the objects and ships in the game for our players. This is an important process in order to create striking differences between the power up objects, destructible asteroid objects and environmental objects that the player has to avoid crashing into. We take care in creating these objects and testing them to try to enable the game to be the best version of itself on release.