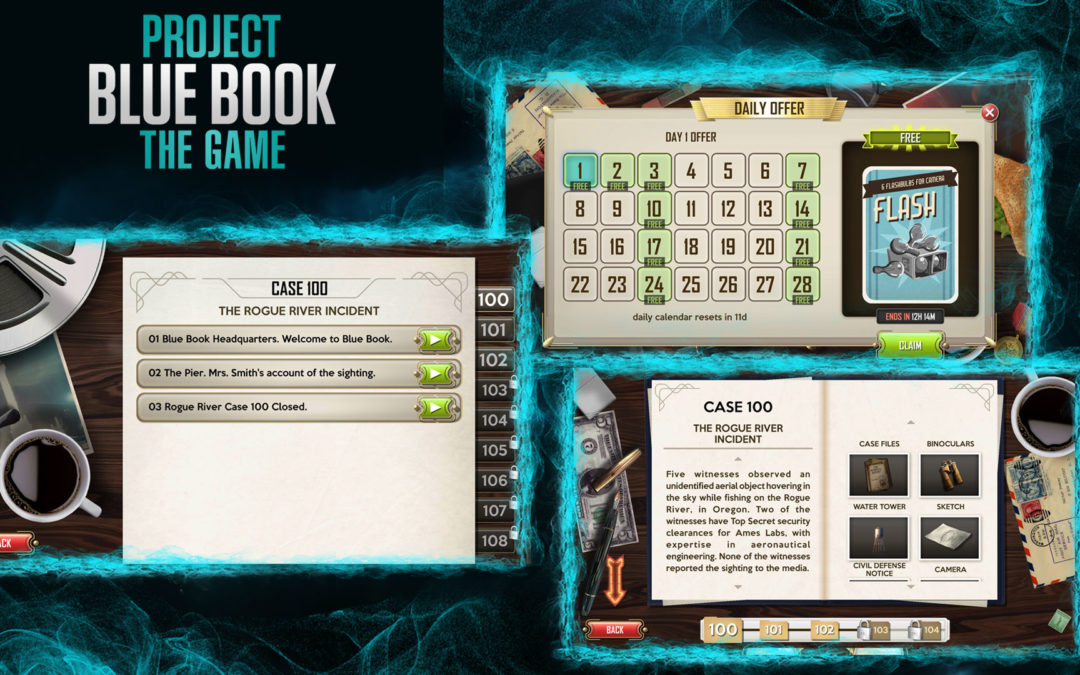 The players are introduced to the characters from the show as they go through the scenes and investigate the cases of Project Blue Book. Our players enjoy story-based games so it was important to try to remain as true to the show as we could while remaining true to the game’s genre as well.

“It was important to me to immerse the player in the game’s world. So each desktop object was carefully selected to fit the time period with a little creative freedom thrown in for good measure.”

One way we do this is by creating subtle backgrounds that are different depending on which area of the game you are in. This provides variety to keep the visuals fresh and appealing. As the player is conducting investigations they are working on a desk top which looks busy or cluttered with things you might normally find there. As we get closer to the release date we look forward to inviting more players into Project Blue Book the game.