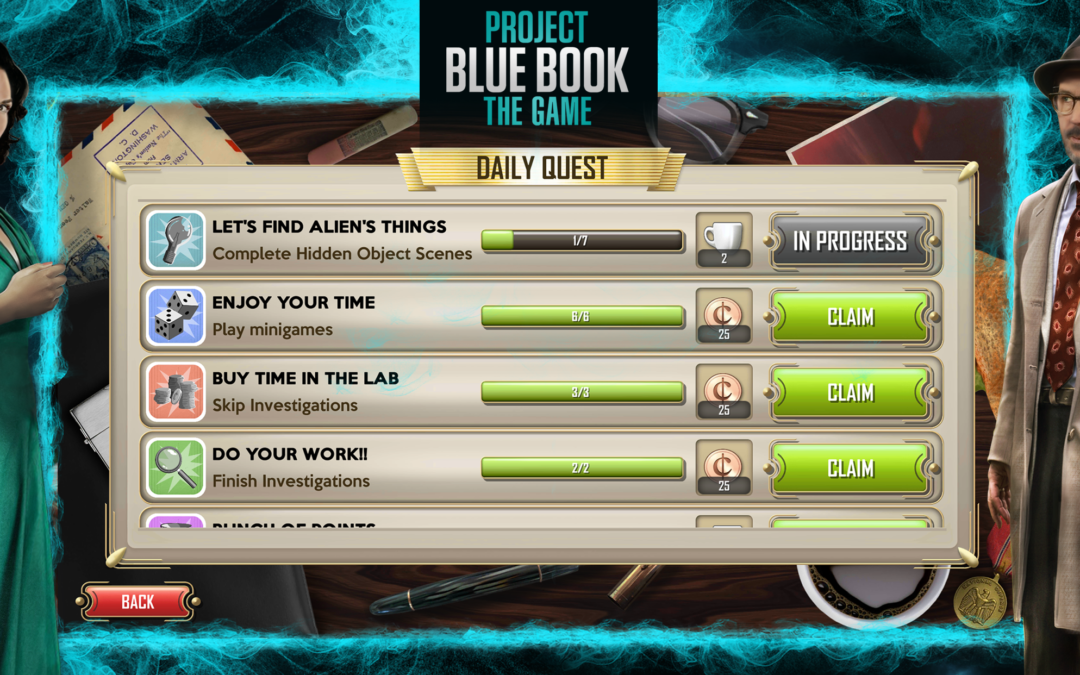 Hidden object games typically provide their players with a form of progression where they can keep playing through a story. Project Blue Book the game uses this familiar game play in the structure of the cases and scenes to advance the story. Having a player reward system helps to provide a more interesting environment for the player so they continue playing.

“The quest system creates goals for the player that also rewards them for accomplishing things in the game.”

Some of the goals are reached passively while others have to actively be completed. In both cases, the players get a form of reward that will support or supplement their game play. In coming updates we plan to expand the quest system to include daily, weekly and seasonal quests in the system.